Another crime involving large mining companies happened in Minas Gerais and it affected the Rio Doce basin. This time, there was a rupture in the world’s largest slurry pipeline, from Anglo American. This has contaminated the river Ribeirão Santo Antônio in the municipality of Santo Antônio do Grama, interrupting the water supply for thousands of people. The slurry pipeline, which has a length of 525 km and cuts thorugh 32 municipalities, is a structure of the Minas-Rio Project, which transports the ore mined in Conceição do Mato Dentro (in the state if Minas Gerais) to Porto Açu in São João da Barra (in the state of Rio de Janeiro). Since its construction, the project has caused serious socio-environmental damage in the region, with destruction and contamination of water courses, drying of springs, social problems with the loss of territories by traditional communities, health problems for residents, increased violence, threats and criminalization of leadership. Anglo American is a multinational with a long history of systematic human rights violations in all regions of the world where it operates. The construction of the Minas-Rio project pipeline, for example, was the subject of several complaints, including fines by the Public Labor Ministry for having workers in a situation similar to slavery. And even after its completion in 2014, several problems remained unresolved, such as the plight of hundreds of families who had their water sources destroyed and their houses cracked with the quakes caused by the pumping of the ore. The water used by the pipeline is captured in the Rio do Peixe in Dom Joaquim, in a municipality where the population is suffering daily from lack of water. Even so, the company does not recognize the damages caused in that city. And the Anglo American venture is situated in the Rio Doce basin, so any problem in this project will again cause damage to the Rio Doce, already so massacred by the Samarco crime. Will the plume of yesterday’s rupture of the pipeline reach the Rio Doce? It is important for society to be attentive. The residents of Conceição do Mato Dentro, Dom Joaquim and all the other municipalities cut by the Minas-Rio slurry pipeline live immersed in the inherent contradictions of the mineral model adopted by the Brazilian State. The wealth is drained and it leaves behind poverty in the territories. This is a reality experienced by every city that is mined or through which the minerals are transported. In Minas Gerais we have 4 slurry pipelines and 4 more are planned to be implemented. The Anglo slurry pipeline is currently the only one in operation because the 3 from Samarco have been put out of use since the crime of the breaking of the Fundão dam in Mariana, on November 5, 2015. If we add up the amount of water that would be used by all the eight ventures, we will reach a sufficient volume to supply the capital of Minas Gerais, Belo Horizonte, with water. So, the state has given away our waters so that large mining corporations plunder our ores. Currently Minas-Rio is the largest mining project in expansion in the state of Minas Gerais, and one of the largest in Brazil. On January 26, 2018, the State Secretariat of the Environment of the state of Minas Gerais, through the Thematic Chamber of Mining, granted it the Preliminary License (LP), concomitant to the Installation License (LI) for “Step 3”. This expansion will guarantee the company a significant increase of the mineral exploration in the territory. For this, the mining company will expand the size of the pit where it explores the iron ore three times and it will raise the tailings dam, which will reach a volume 7 times larger than that of the Fundão dam that broke in Mariana. 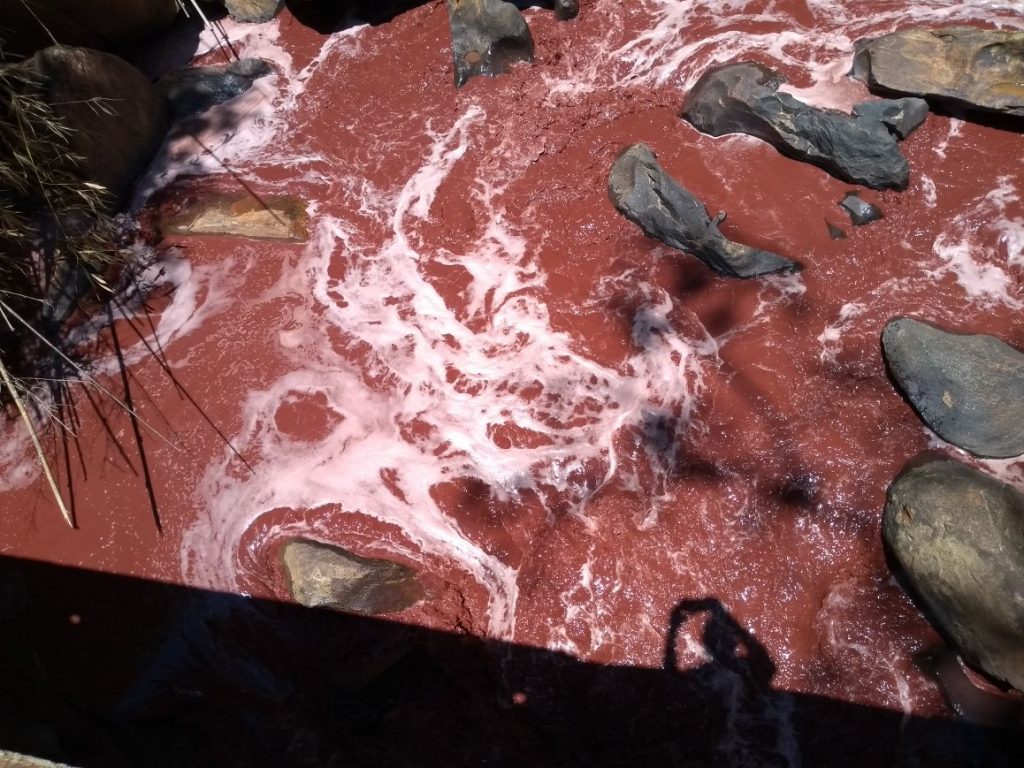 Even after the country’s biggest socio-environmental crime, the rupture of the Fundão dam from Samarco/Vale/BHP Billiton, numerous international complaints, and recommendations issued by the Federal and the State Public Prosecutor’s Offices, the State of Minas Gerais granted Anglo American a license. The expansion further puts at risk the 400 families that are just below the tailings dam in the area of self-rescue. It will further undermine the lives of all the communities living in the surrounding municipalities. This license was granted arbitrarily, without popular participation and without the company solving the serious problems accumulated in previous stages and years. It is important to emphasize that the expansion of the extraction will have as a direct consequence the increase in the volume of iron ore slurry that is transported by the pipeline, which generates more pressure in its operation and greater risks of new ruptures.

The disruption of the Anglo American pipeline in Santo Antônio do Grama shows the Brazilian society, once again, that this model of mining, under the hegemony of the great capital and serving interests other than those of the Brazilian people, does not serve the nation and must be strongly opposed by society as a whole. The only reason why this tragedy was not worse is because the breakup took place in a rural area of the municipality, far from the homes and fields of the region’s residents. In the face of this incident, MAM denounces and demands that Anglo American be held liable for damages caused in Santo Antônio do Grama and in the affected watercourses, and that it will carry out all necessary measures to guarantee the that the impacted population has access to water supply of good quality. In addition, we reiterate claims already presented to the state in relation to the Minas-Rio enterprise, which are:

– Suspension of the license and stoppage of the works of Stage 3 of the Minas Rio Project until all problems and impacts caused by the previous stages and by the slurry pipeline are resolved;

– Resettlement of the communities of Passa Sete, Água Quente and São José do Jassém, which live in the auto salvage area of the tailings dam of the Minas Rio Project;

– Revocation of the decrees that declare the slurry pipelines of public utility, in the environmental licensing process in the territory of the state;

– Impediment and prohibition of the installation of new slurry pipelines in the state of Minas Gerais.

For a sovereign and serious country!

Against the plunder of our ores!